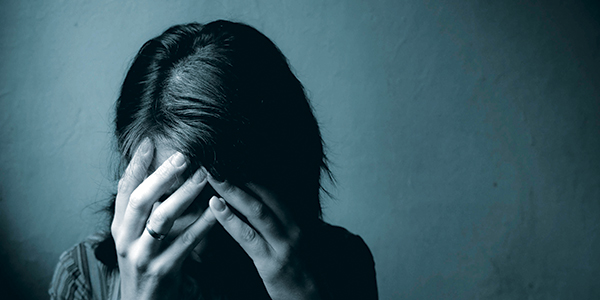 Headlines in the news often share incidents that occur in our military, on college campuses, and in the workplace.

In one such case, Ana worked as a prep worker in the kitchen at a franchise restaurant, where she was the only female staff member. Soon after starting, the kitchen manager started asking her out. Ana refused him on multiple occasions and asked him to leave her alone, but he continued to harass her, making lustful jokes and calling her names. The rest of the kitchen staff would laugh at her expense. And because she rejected his advances, the kitchen manager severely reduced Ana’s work hours.

Ana reported the abuse several times to management, but nothing was said or done. The day came when Ana could no longer stand the insults and sexual advances. She tried to slap the kitchen manager but he pushed her away and she fell. She tried to stand but her assailant was already on top of her. Ana was expecting the worst when two kitchen assistants pulled her attacker off of her.

She was sent to a clinic for bruises on her wrist and back. Later, management accused her of violent behavior, saying the kitchen manager acted in self-defense, and she was fired.

Like other workers, Ana was at her wits end when she came to the HWC for help, having already endured months of harassment. She could no longer ignore the sexual harassment. as they don’t just go away, but instead can continue and escalate.

Victims, who in most cases are women but men can also be sexually harassed, share concerns about the harassment going public. They worry that filing a complaint would lead to retaliation, complicate their ability to maintain their job,or find other employment.

While there are legal protections for victims of sexual harassment, they need first to recognize that it is happening and be proactive in reporting it.

Unlawful workplace harassment is a mixture of unwelcome conduct, both verbal and physical, that ultimately creates a discriminatory environment. It can include unwelcome sexual advances, requests for sexual favors and other verbal or physical harassment of sexual nature, like lewd jokes, repeatedly asking someone on a date, or groping.

Unfortunately, with or without corroborating evidence, an internal investigation often turns into said/she said. It is crucial to recognize sexual harassment, no matter the level and to stop it before it escalates. Most employers do not want to be seen as tolerating sexual harassment.

If a worker is being harassed at work:

If this fails to stop the incidents, the victim can take legal action. In order to have a strong case, one should obtain evidence such as emails, photos, cards, employee reviews, and most importantly, witnesses. Witnesses add credibility to a filer’s case, but they must be willing to step forward and testify.

If there is an instance of rape or assault, like in Ana’s case, documentation of physical ailments is important. Victims should seek medical attention immediately. The hospital will document the case, even if there is only bruising.

A police report can be powerful to have, even if the victim decides not to press charges or move forward with the complaint.

Ana was referred to the Nebraska Equal Opportunity Commission, NEOC, filing a claim of sexual harassment. Ana said she wont give up until she achieves justice.

She was also referred to an experienced counselor at the Women’s Center for Advancement to start the process of internal healing.

The Heartland Workers Center works to promote and defend the rights of all workers by providing training, collective action and advocacy in order to improve working conditions.