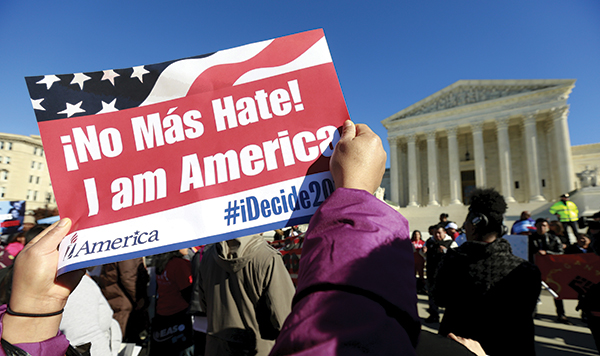 Leticia Urrutia’s DACA renewal is coming up in October, a month before the presidential elections.

“I was like, ‘What am I going to do?’” the 23-year-old native of Mexico said at a recent media roundtable in San Francisco.

Urrutia is a recipient of Deferred Action for Childhood Arrivals (DACA), a renewable, two-year protection from deportation for undocumented immigrants who came to the country as children.

Enacted in 2012, the original DACA program remains in effect and is not affected by last month’s Supreme Court 4-4 split decision.

Some immigrants may be concerned that coming forward could expose them to greater risk.

“There is no evidence of this,” said Sally Kinoshita, deputy director of Immigrant Legal Resource Center, adding that this would be politically and financially unfeasible, given the number of people who have already applied. “There have been numerous programs like this, and there is no evidence of the government going after you.”

Still, the question plagues many immigrants in the midst of an election season that has seen escalating anti-immigrant rhetoric.

“When public officials say it, others feel they can join in in this hate speech,” said Amanda Alvarado Ford, immigration law attorney at La Raza Centro Legal.

“Anyone who cares about immigration reform is looking closely at our upcoming election in November,” said Kinoshita.

The next president will nominate the ninth justice to the U.S. Supreme Court, which has deadlocked on immigration and several other cases since the death of Justice Antonin Scalia earlier this year.

Meanwhile, immigrant rights advocates are encouraging their communities to protect themselves by applying for DACA and seeking out qualified legal service providers to see what other programs they might qualify for.

For Urrutia, getting DACA has been life-changing.

Thanks to DACA, she has temporary protection from deportation and access to a work permit and a social security number. She was able to get a job and is now working toward her major in political science.

Urrutia is one of over 800,000 people who have applied for DACA since it was enacted by President Obama in 2012.

Many more are eligible for DACA but have not yet applied. The Migration Policy Institute estimates that a total of 1.7 million people could potentially benefit from DACA nationally, including about 400,000 people who would be eligible if they enrolled in school so they could meet its educational requirements.

In a meeting with reporters, immigrant rights advocates encouraged those who are eligible to apply for DACA, especially in Asian American communities.

“We definitely see an increase in phone calls whenever we see stories in the media,” said Annette Wong, director of programs for Chinese for Affirmative Action.

To encourage more people to access the benefits of DACA, San Francisco’s Office of Civic Engagement and Immigrant Affairs is launching a new fee assistance program through its non-profit partners. The program covers part or all of the $465 fee and is available to immigrants applying for DACA or other immigration-related services.

Immigrant rights leaders are also working to dispel some common myths about the program.

“No, you don’t have to have good grades,” to apply for DACA, said Amanda Alvarado Ford of La Raza Centro Legal. While some may think DACA is only for college kids or straight-A students, the truth is that getting a GED can make you eligible.

Looking back on how DACA has changed her life, Urrutia says she plans to renew it in October.

She says she wants to renew DACA because she is “thinking ahead.” She plans to go to graduate school in psychology and wants to have the ability to work in her field – something that is difficult to do without a work permit.

“I’m still going to reapply,” she said, “because all the opportunities that DACA has brought me have been the best time of my life.” 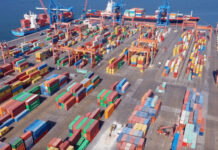 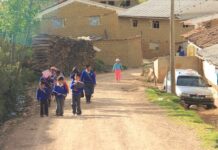