Deibi Sibrian never remembers not having some sort of garden or fresh vegetable patch wherever he lived. He learned gardening techniques and farming at an early age from his grandpa back in El Salvador, and when he moved to the U.S. Sibrian and his family maintained a garden in their backyard.

The Dorothy Patach Community Garden located at 20th and N streets in South Omaha might not have the same tropical climate as El Salvador, but for Sibrian the community garden is just another way to lay down his roots and bring community members together.

“I’m really passionate about public health and being involved in the community,” Sibrian says. “The combination of being outdoors and working with great people, that’s what is so cool about our community garden.”

Sibrian became involved in the garden back in January 2015. At that time there was a collective initiative among various community members and organizations to have a community garden in South Omaha.

Athena Ramos, a community public health manager with the University of Nebraska Medical Center (UNMC), helped get the project off the ground. “We hosted a number of community planning meetings at South High back in January of 2015,” Ramos says. “We were looking to have a collective public health project and we came up with the idea of having a community garden in the heart of South Omaha, it really is a grassroots effort.”

Organizations like the Latino Center of the Midlands, Omaha Boys and Girls Club and the South Omaha Neighborhood Association, to name a few, took part in the project’s bedrock to bring about the community garden. Sibrian and other volunteers worked hard to organize and clean up the site.

“It was a lot of work, because Dorothy Patach used to be a construction dumping ground,” Sibrian says. “After the city took the land over there was still a lot of trash and debris, so we had our work cut out for us.”

The cultivation of the garden really started to take hold at the end of 2015 thanks to a $50,000 grant through UNMC. “The grant has funded the garden for the whole calendar year of 2016,” Ramos says. “The grant helps the actual building of the garden and helps host programming, workshops and community festivals here.”

With the help from the grant, the community garden was brought to the attention of City Sprouts, an organization devoted to working with residents and volunteers to grow vegetables, herbs and having sustainable community gardens. “City Sprouts really agreed to be the backbone of this project and help bring the garden to the next level,” Ramos says.

The organization has helped provide free seeds for planting to people interested in maintaining a plot in the garden, as well as providing gardening tools to help people manage their crops or plants.

“City Sprouts is helping provide some of the infrastructure in order to establish a community garden on a faster level,” says Albert Varas, President of the City Sprouts board of directors. “We are trying to help weave a unique program here at the South Omaha site that is uniquely catering to the Latino community.”

City Sprouts also helps fund staff like Sibrian to help manage the garden as well as investing in community youth like Rafeal Quintanilla and Ramiro Luque through the organization’s intern program.  “I live in this neighborhood and I can see how the garden has impacted this area in a positive way,” Quintanilla says. “More youth are involved in some of the activities that happen around here, the garden really makes it a welcoming area. “For me, I never would’ve imagined being involved in something like this,” Luque says. “I feel that I’ve learned so much about gardening and being involved in a community.”

According to the Centers for Disease Control (CDC) website, community gardens can have a number of benefits for the health and solidarity of a community. The CDC has studied the effects of community gardens for the past two decades and has found in various case studies that access to healthy fruits and vegetables can significantly drop the outgrowth of disease.

“This project aims to bridge a network of solidarity among neighbors and build community,”Ramos says. Long-term public health is what UNMC strives for and that’s what this project hopes to accomplish.”

Although autumn is around the corner, the garden will still be available for use till the end of October. “Our harvest is almost here but there are still crops that can grow in fall weather,” Sibrian says. “We will be wrapping up soon for this year, but what I want people to know is this is an open space in their community. The garden is for everyone and everyone can be a part of it.”[:] 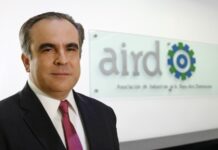 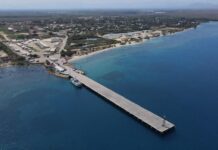 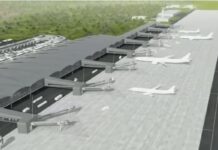