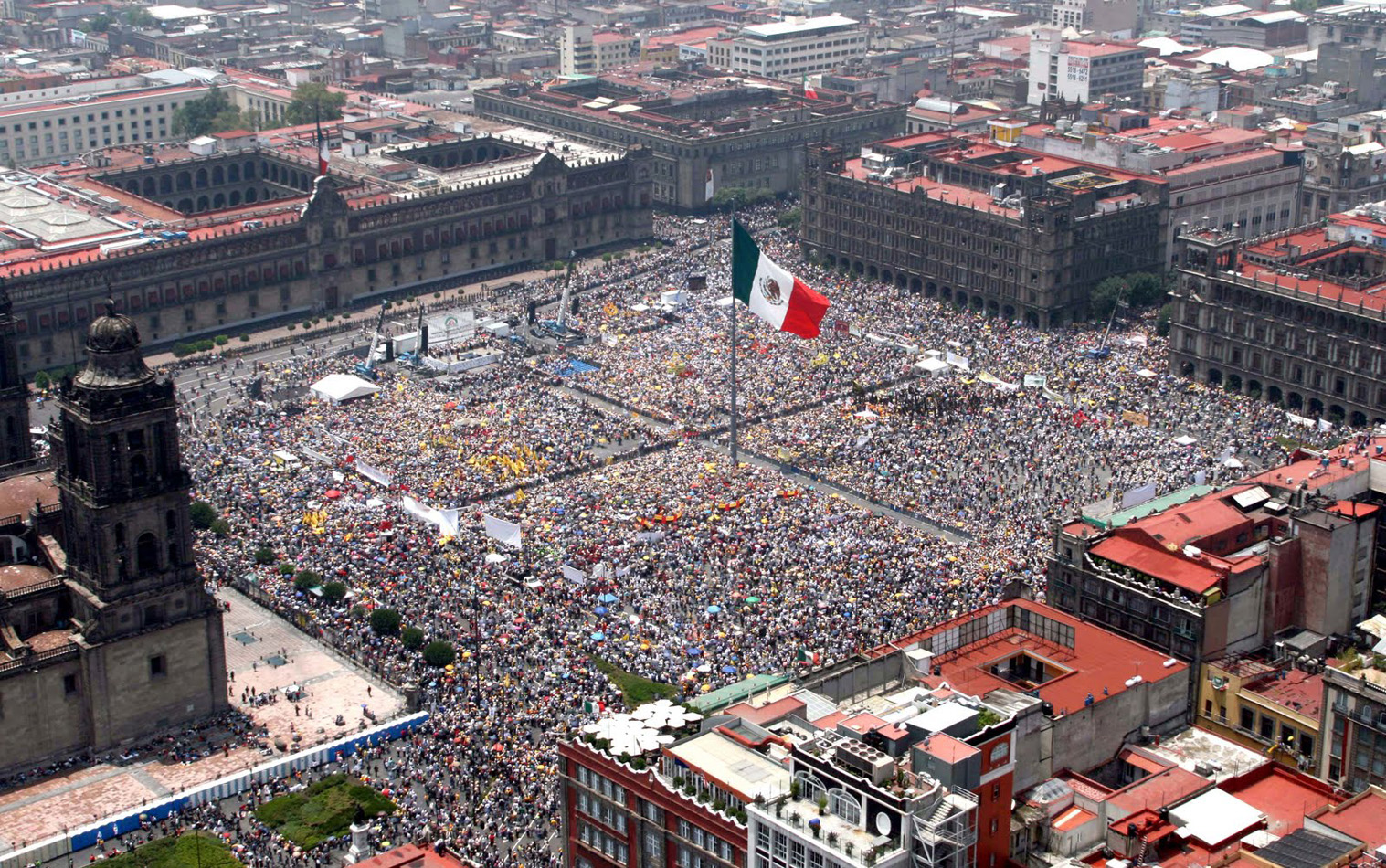 [:en]This year Mexico will have federal and state elections. On July 1, Mexicans will elect President, 500 representatives for the lower house, and 128 senators. Mexicans will also elect governors for the States of Guanajuato, Jalisco, Chiapas, Morelos, Puebla, Tabasco, Veracruz, Yucatan, and Mexico City. Thirty of the thirty-two States will renovate legislatures, and there will be hundreds of local elections. Nationally, more than three thousand candidates are on the ballots striving for official’s positions.

According to INE (Instituto Federal Electoral- Federal Elections Institute), the governmental agency in charge of the elections, more than 87 million Mexicans in the country are registered to vote. Concerning Mexicans residing in the U.S. and other nations, they can cast their votes in embassies and consulates. Estimates state that more than half-million Mexicans living in the U.S. are eligible to vote. However, the number of those registered, according to legal procedures, are only 25 thousand. These numbers are expected to grow as information over the elections is widely broadcasted.

The central candidate is Andres Manuel Lopez Obrador representing MORENA (Movimiento de Renovacion Nacional, National Renovation Movement), PES (Partido Encuentro Nacional-National Meeting Party), and PT (Partido del Trabajo-Workers Party). Obrador, a presidential candidate in 2012 and former Mayor of Mexico City, is considered a leftist and often branded a populist leader. His losing bid for president in 2012 riffed with claims of fraud and harmful propaganda. This time around, Obrador propositions’ include old and new plans. Among them are free and open access to public universities and the financial support of the elderly and disabled. Substantial to Mexican nationalism is his reconsideration of the privatization of the energy sector, which means PEMEX back to Mexican State control. Obrador wants to send the military, currently in the streets of Mexico, back to their barracks. Considering renegotiation of NAFTA, he intends to wait until after the elections. Probably the most controversial of Obrador proposals is an entreaty for dialogue with drug cartel leaders. Aside from it, MORENA  has perplexed many with the addition of PES to the leftist coalition. PES is a Christian based organization, pro-family, anti-Gay, and anti-abortion. These positions are nor endorsed by MORENA and PT.

The candidate for the PRI (Partido Revolucionario Institucional- Institutional Revolutionary Party), actually in power, is Jose Antonio Meade. He was the Finance Secretary in the present cabinet of Enrique Peña Nieto and has no experience as an elected official.  The PRI is allied with PVEM (Partido Verde Ecologista Mexicano- Mexican Green Party) and PANAL(Nueva Alianza Party-New Alliance Party). Meade’s platform does not offer anything original. He promises to renew the battle against the violence generated by drug cartels, end corruption, decrease poverty and social inequality, and restore trust in political institutions. Concerning the economy, Meade argues he will strengthen and expand the economic reforms of the current administration. Contentious to his candidacy is the alliance with PANAL. This party created by the convicted corrupt leader of the National Teachers Union (SNTE), Elba Esther Gordillo, actually under house arrest. The acceptance of PANAL into Meade’s coalition has raised grave apprehensions about the PRI commitment to end dishonesty and theft.

Ricardo Anaya leads the third political force contending in the elections. He spearheads the alliance Mexico al Frente (Mexico to the Front). The political parties behind him are PAN (Partido Accion Nacional- National Action Party), PRD (Partido de la Revolucion Democratica- Revolutionary Democratic Party), and MC (Movimento Ciudadano-Citizens Movement). This alliance incorporates right,  left, and center of the political spectrum. The conservative PAN controlled the government between 2000 and 2012. It is the party that in 2006, under the presidency of Felipe Calderon Hinojosa, declared war on drugs. The conflict led by the military is considered a total failure. Quite to the contrary, it has caused hundreds of thousands of dead, maimed, dislocated, disappeared, and orphans. The PRD, the party, created in 1989, once promised clean elections, economic reforms to end poverty and eradicate part, PRD corruption turned as dishonest as its political rivals. One of the most reprehensible events happened under the leadership of the PRD in the State of Guerrero. It was the kidnapping and disappearance of 43 students of the Rural Normal School in Ayotzinapa in 2014. Up to this date, there is no satisfactory governmental response, students are still missing, and there is no justice. Another challenging ally is MC. The party officially created in 1996 self-describes as a social-democrat organization for the defense of human rights, citizen participation in the democratic process. Some observer rank MC right of center.

There are 86 independent candidates for the 2018 presidential elections.  Prominent among them are Margarita Zavala, wife of former PAN President Felipe Calderon and Jaime Rodriguez Calderon, “El Bronco,” Spanish for wild or rough, who is on leave from the governorship of his home state, Nuevo Leon. In the popular category running for the Senate is Sinaloa businessman Manuel Clouthier Carrillo and Pedro Kumamoto from Jalisco. The latter won a place in the lower house of his home state of Jalisco during the mid-term elections in 2015. “Kuma,” as he is known, was 25 years old when he won his State representative seat and had never been a member of a political party. The campaign was almost run through social media with thin economic resources and detached from political parties or organization coalitions.

Noticeable among independent candidates for the presidency is Maria de Jesus Patricio Martinez. She is 54 years old and is the candidate for the mostly indigenous EZLN (Ejercito Zapatista de Liberacion Nacional-Zapatista Liberation Army) the Chiapas insurgent army that rose up in 1994 and the CNI (Consejo Nacional Indigena-National Indigenous Council).  Maria de Jesus, popularly known as MaryChuy, is a Nahuatl Medicine Woman, Healer, and activist from Tuxpan, State of Jalisco. In 1992, she began a consulting office attending the local and surrounding community with domestic remedies. Five years later, her practice broadly acknowledged locally and regionally, attracted the attention of indigenous medical practitioners of the University of Guadalajara. In 1997, the institution partnered with MariChuy to offer her traditional medicinal attention (herbalism,  homeopathy, and iridology) combined with western medical care. Aside from attending patients, the initiative opened a school. In it, bilingual teachers and traditional medicine practitioners offer classes of Nahuatl language, herbalism, and domestic remedies. School teachers document the medicines, herbs, plants, preparations, and therapies they provide. At the same time, they keep oral records in Nahuatl and Spanish of community memories, later translated into textual archives. MariChuy for most of her life has been active in defense of native rights. She represents 11 million Mexicans of 68 indigenous groups distributed throughout the country.