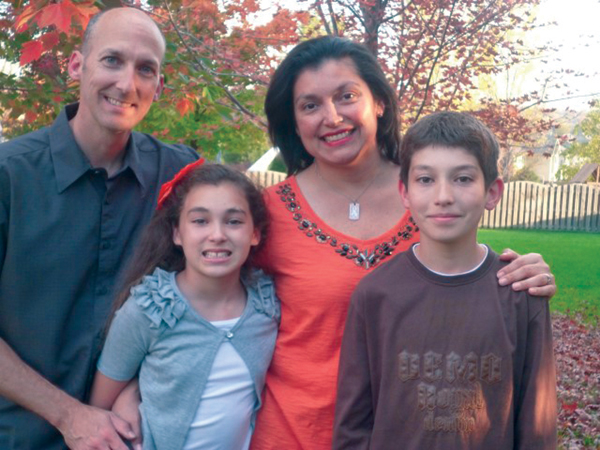 Educator and Spanish translator Indira “Indy” Engel was ready to go back to work in full since her kids, Sam and Joanna, had turned six and four years old, respectively. But a bit before turning 40 she was diagnosed with breast cancer.

After sharing the news with her husband Jeff, she was worried about telling her mother and the rest of her family back in Panama, so she reviewed all available information on the subject: “I read a lot about it, and I realized it was a grade 3 growth, which meant it was very aggressive, and something that the stats stated was very had to treat.”

This was the start of many sleepless nights for the Engel couple, but “after processing the shock of it all,” Indy evaluated the options she had, carefully selecting what she’d do to “prevent a recurrence.”

“Here in Omaha we have some of the best hospitals, clinics, and treatments in the country,” emphasized Indy. “This is what I’d like to share with all men and women because men can also get breast cancer.”

During her fight, Indy learned many lessons, the most valuable of them all being how she shouldn’t let herself be bothered by what other people say: “It is very important that you focus on your health, on what is normal to you, so that you can make the right choices.”

Cancer was not something they would take a lot about in her family, even though a year before an uncle had passed away from colon cancer – and that many years before that her grandmother died of uterine cancer. Indy considered these could be signs of a genetic connection. However, a blood test said otherwise, which was a bit of a relief because her daughter, sisters, and nieces were not in danger.

“The first doctor’s appointment I had was with the surgeon, and in retrospective, I now realize I should have talked with the oncologist first,” said Indy. “But I was very afraid because I couldn’t trust my body anymore, so I went for a full surgery, and I later met with the oncologist.”

The process lasted over a year and a half. Indy received chemotherapy, and before going in for reconstructive surgery, she accepted being part of some clinical studies to support some scientific research on cancer.

At home, when Indy would return from a painful session at the hospital, her kids helped her rest thanks to a project created by Jeff: “I give him a lot of credit because he is a visionary. Al first, we were all very nervous, but once we had a clear plan he said ‘OK, let’s talk with the kids, let’s sit down and explain to them what is going to happen in very simple terms, and we’ll use the Word cancer because they need to understand that this is cancer.’ He  said to them ‘mom has some soldiers inside of her body that right now are losing the battle and they need help, and those reinforcements are going to be some very strong medication,’ and that’s how he prepared them for things.”

By the day of her birthday, her hair had fallen so much that it was noticeable, so everyone, including grandma, went to a clinic that specializes in cosmetology for patients like Indy. Without her hair and looking in front of the mirror, the beautiful women acknowledged how “it is real, and it is happening,” and with tears in her eyes she couldn’t help but smile when her son said, “¡you know look like dad’s sister!”

Surrounded by a lot of love and bittersweet moments, Indy met other women who had survived, and the unexpected death of one of them marked her forever: “This is why I can’t celebrate. I don’t feel in the mood for celebrating because every day is a bit of a celebration.”

In the morning, with the joy of feeling so alive, people like Indy are paralyzed for a few seconds: “Because we are terrified of not going to see our doctor as regularly as we did because, who is going to tell us if there’s something wrong? It’s like you have a parachute that doesn’t work anymore and you’re still up in the air.”

This is why programs like that from A Time To Heal Foundation, which has been doing a remarkable job since 2005 thanks to the vision of founders Dr.  Stephanie Koraleski, psychologist and the daughter of a cancer survivor, and Dr. Kay Ryan, a nurse, and breast cancer survivor, are very important.

Two years after her recovery, Indy joined the team which seeks to bring its services in Spanish under the leadership of an old friend: Julie Jahde Pospishil, the wonderful “Teacher Julia,” owner of the Spanish Chat Company. This all lead to the creation of a help CD: “The key to the program is that you don’t do it during the treatment but after. As soon as the radiation, chemotherapy and surgery are done, and you are ready to take back your life. It is then that it is time to heal.”

A Time To Heal will soon present its second material in Spanish: a DVD with relaxation exercises in which Indy talks about part of her experience: “It wasn’t until after I went through the program that I said: ‘OK, I’ve survived!’ And here I am.” 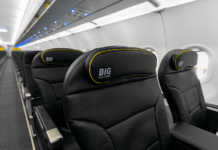